Skip to content
Posted inRoofing
Posted by By techsupport@collaboratepros.com November 21, 2022 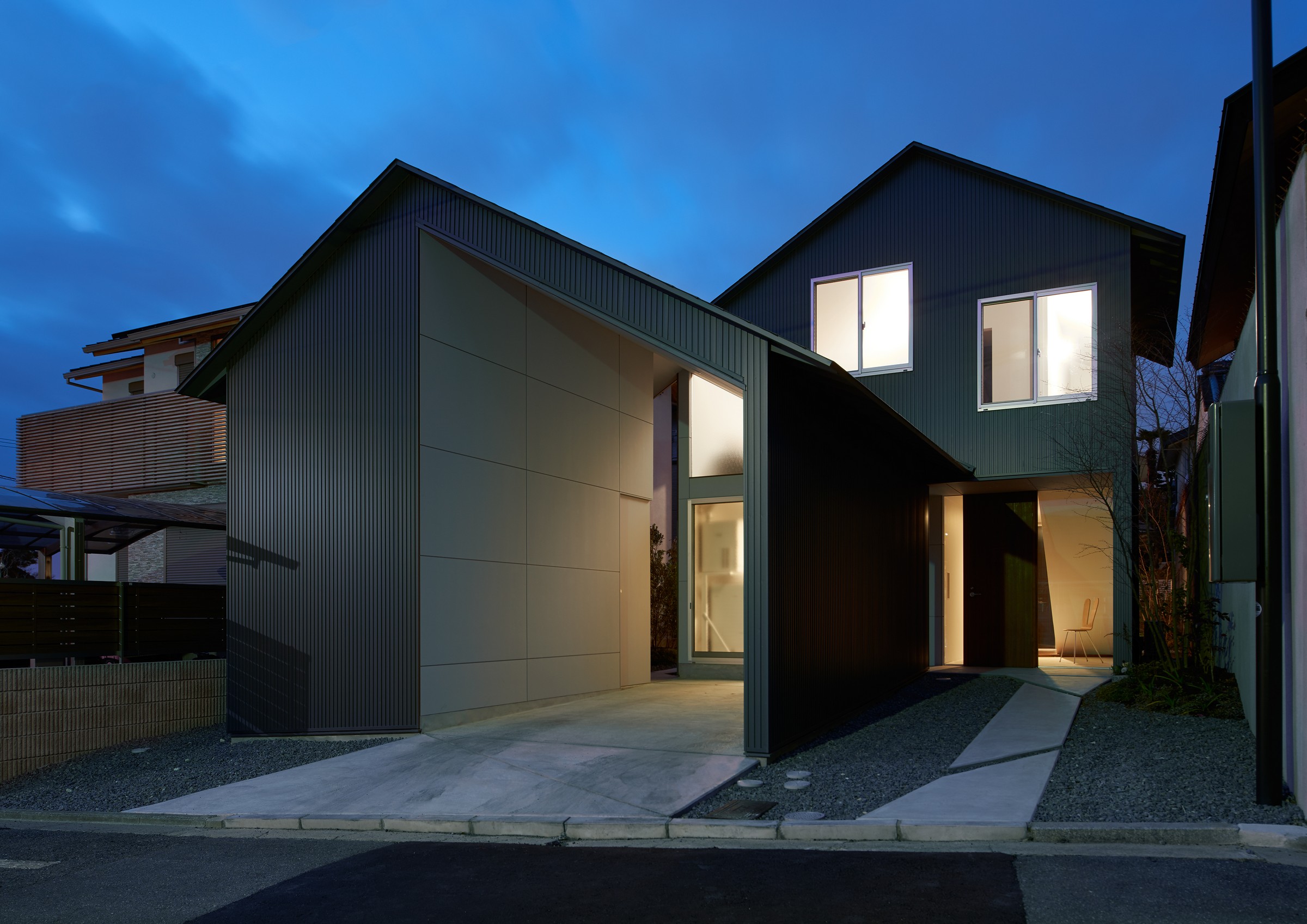 Choosing a gable roof is an important decision when planning to build a house. Aside from its appearance, there are many other considerations to make before settling on a design.

Unlike a hip roof, a crossed gable roof has two gabled roof sections that are perpendicular to each other. It is a variation on the popular straight gable roof. This type of roof is typically found on Tudor-style homes and Cape Cod houses. It is also popular for homes with separate wings, as it helps to accent different areas of the home.

Compared to other roofing styles, gable roofs are cheaper to build and can accommodate vaulted ceilings. They also shed water and provide more ventilation for the attic. However, gable roofs are not advisable in hurricane-prone regions. Gable roofs also can suffer from peeling and other structural problems due to high winds. They should be repaired and inspected at least twice a year. It is also important to remove any debris from the roof before the materials degrade.

Crossed gable roofs are a good choice for houses with complicated layouts, because it helps to accent different areas of the home. Crossed gable roofs are often found on homes with attached garages and porches. They are also commonly used on Cape Cod homes, as they provide the added bonus of a covered patio. They also tend to be more resistant to wind damage.

In addition to a gable roof, a hip roof is also a popular choice, as it allows for eaves on all four sides of the house. A hip roof is also durable and can withstand strong winds. A hip roof also adds aesthetic interest to the roofline. Hip roofs can be constructed from wood or metal and are often painted to match the exterior of the home.

Another popular gable roof is the Dutch gable. This style features a pediment on the top of the roof, which provides a decorative point of interest. It is also commonly found in Renaissance style architecture. It costs $8 to $12 per square foot.

Gable roofs are a simple and easy-to-build design. They are also a great choice for areas that experience high precipitation. Unlike hip roofs, they are able to shed water easily. They can be constructed with a variety of materials, including particle wood, plywood and OSB. However, the material used may not be as durable or reliable as other roof types. They may need to be replaced more frequently than other roof styles.

Crossed gable roofs are commonly found on Tudor-style homes, as they provide a decorative accent to the home. A cross gable roof is also ideal for homes with separate wings, as it helps to accent different areas of the home.

Among the different types of roofs, the Gable roof stands out for its distinctive shape. It has two sloping sides that join at a ridge at the top. It can be built using various materials including metal, clay, and concrete. It also offers a good water drainage system. It can be used for various buildings including houses, barns, and commercial buildings.

Gable roofs are commonly used in homes that are situated in colder climates. It can also be used in areas that are subject to strong wind. It offers better ventilation and can last for many years. It is also an excellent choice for homeowners on a budget.

Gable roofs are usually constructed using exterior materials such as concrete and clay. Metal sheets can also be used for gable roof construction. The eaves of the house are usually placed in the attic. They are also a good place to install insulation. Gable roof systems are durable and can be customized to fit a variety of styles. The main roofline is usually framed with trusses. Abutments, purlins, and battens are also important parts of gable roofs.

Gable roofs are commonly used in homes in the United States. They are less common in windy areas. They are not recommended in hurricane-prone areas. They are also more likely to fail than hip roofs. It is a good idea to consult a building official before deciding to build a gable roof. They can help you determine if you need stronger braces and recommend improvements. If you are planning to build a gable roof, it is recommended that you consult with an architect.

Generally, there are four primary types of gable roofs: side, front, crossed, and box. In addition to these four, there are many other variations. The most common styles are side gables and box gables. The main difference between these two types is the way that the ridge and hip lines are constructed. Side gables have two sides pitched at a right angle, while box gables have two sides that are perpendicular to each other.

Gable roofs are a common choice for homes, especially for those with open floor plans. Aside from its simple geometry, gable roofs are also very easy to construct. Gable roofs are very affordable and can last for years. They can be built using all sorts of roofing materials. A basic gable roof is made from metal or clay roofing tiles. Gable roofs also have a lifetime limited warranty that covers the labor and materials costs for the first few years. This warranty only applies to materials and not to workmanship.

Gable roofs are commonly used for Colonial, Cape Cod, and Tudor style houses. They offer an elegant, modern look and they can help accent different parts of the house. In addition to providing better ventilation and a beautiful view, gable roof construction can also create more space in the house.

Whether you are thinking about building a new home or renovating an existing one, the Gambrel roof is a good option to consider. These roofs can offer several benefits, including a large amount of storage space, extra headroom and a rustic aesthetic. They are also inexpensive and easy to build, making them a good option for outbuildings.

Gambrel roofing has been a popular choice for both residential and commercial structures in North America. It is a classic roof design that originated in Europe and was first introduced to the United States in the 18th century. The gambrel roof has two slopes on each side of the house. The slopes on the lower side are slightly steeper than the slope on the upper side, which allows for better drainage. The gambrel roof is commonly found on Dutch Colonial homes and farmhouses. The roof can also be used in barns, sheds and log cabins. The roof can be made of various materials including wood, shingles or metal.

Gambrel roofing can also be used to create a mezzanine floor for a building. This design has the advantages of a sloped roof, but with a more compact profile. This makes it possible to add extra storage space to a building without compromising the interior space. Gambrel roofs are also ideal for attics. They are less susceptible to wind gusts, providing a more stable surface. The steeper slopes are also useful in preventing standing water, since rainfall will run off the building rather than getting captured.

Gambrel roofs are also useful for barns. Barns with gambrel roofs tend to be painted black, which raises the temperature and makes it harder for termites to attack the structure. However, the roof can be damaged by strong winds or heavy snow accumulation, so it is best to check the roof regularly. The trusses, which support the roof, are made from wooden beams that are nailed to the floor.

There are two main types of gambrel roofing. The first type is the wall-supported style. This style does not have ridge boards that are under the roof, but instead relies on shingles to create the ridge. This style of roof is ideal for buildings with higher ceilings. However, this style is not ideal for users who want to maximize storage space.

Another variation is the gambrel roof that uses two trusses to create a “double gambrel” design. This style is more commonly found on Dutch Colonial homes and farmhouses. It is also used in the American culture, including on Peter Tufts House, which is believed to be the oldest house in the U.S. The roof is also used on Harvard Hall, which was built in 1677.

The Gambrel roof can be easily constructed and has a traditional look. However, the roof is not as resistant to the wind as other roofs. It is not recommended to install a gambrel roof in areas with heavy rainfall or windstorms. This is because a gambrel roof is susceptible to moisture problems, which can lead to structural damage. It also does not provide interior insulation.

How Much Does a New Roof Cost?
Scroll to Top